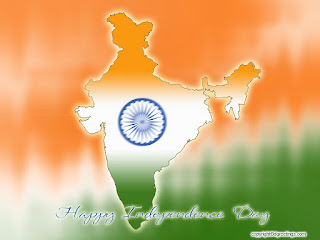 Before independence this region was divided into many small kingdoms. Since there was no central power to rule this vast region, many foreign powers attacked the small kingdoms and tried to rule this region. The last to conquer and rule this region were the British who established there hold on the region by entering as traders. They formed a company called East India Company and slowly started gaining power by defeating the local rulers. At one point they captured this vast region and brought it under their control popularly called British Raj or British Empire. The establishment of the British rule was a nightmare. The movement for independence gathered roots throughout the country and grew into a nation wide movement for freedom. Finally the British rule was unable to crush this movement for independence and the nation was declared as independent. 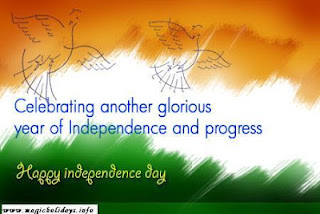 Independence Day 2012, will mark sixty five years of Indian independence. On this day our prime responsibility is to pay homage to the freedom fighters and great Martyrs. We achieved our independence and are enjoying a respected life as citizen of a great nation because of them. On this occasion Government buildings as well as public places are decorated with beautiful lighting. The occasion is celebrated with great devotion throughout the country. In a special ceremony at red fort the president of India addresses the nation on the eve of independence. Next day the prime minister of India hoists national tricolor flag along with a speech dedicated to the nation. In this speech the prime minister presents our national achievements at the same time alerts us about the threats standing ahead. While hoisting the flag a 21 gun salute is offered to the prime minister. The naval band plays the national anthem. The happenings on this day at red fort in Delhi are broadcasted on national television so that the citizens are able to watch them. India Gate in Delhi is beautifully decorated on this day. A national holiday is observed throughout the nation for celebrating this day. Flag hoisting ceremonies and cultural programs are held in capital Delhi and state capitals. This involves celebrations at schools by unfurling the national flag and the students presenting patriotic songs.

As this day is marked as holiday many people spend the day with family or friends. Some of them go for an outing and picnics. We must feel proud to be the citizens of this great nation and must pledge on this day that we will devote our soul for the well being of our country. We must try our best to fight the evils of corruption, poor growth rate and threat of terrorism. On this day we at magic holidays, pray for a great future of our nation.
Posted by MagicHolidays.Info